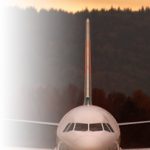 There’s a really unfortunate consequence of flying an airplane, either commercially or recreationally, that is actually little known outside the pilot community. That unfortunate consequence is that, for the vast majority of the past century, pilots have been virtually unable to secure a term life insurance policy simply because they occasionally find themselves in an airplane’s cockpit. Because life insurance companies calculate and deliver polices based on their assessed risk of an individual’s lifestyle and health habits, they simply deemed flying too risky and costly to their balance sheets to provide even a single dollar of coverage. Luckily, this has changed in recent years. Pilots can now proceed with caution when looking for term life insurance.

In the 21st Century, a Coverage Compromise is No Longer Necessary

The trajectory of term life insurance for pilots has been one of continual evolution and open-mindedness on behalf of insurance companies. Several decades ago, a pilot’s career choice or hobby was simply a non-starter. Insurance companies simply asked, “Do you fly a plane for commercial or recreational reasons?” If the answer was “yes,” the application was dead on arrival. Luckily, that changed throughout the 1990s as coverage options became a bit more accessible to those who often find themselves traversing the skies.

That is no longer the case for many people who engage in commercial or recreational flying. Many companies have opened their doors to pilots throughout the past decade and have stopped forcing them to pursue a compromise on coverage simply because they leave the ground on a regular basis. That’s a significant change, and it’s one that really benefits pilots. In previous years, these professionals were essentially taking a gamble with their own lives, and the financial wellbeing of their family, every time they took off from a major airport or a local recreational terminal.

The Best Way to Get Coverage as a Pilot: Be Up-Front from the Beginning

Life insurance companies will look through medical records and employment records to get an accurate idea of who they’re insuring, but it’s best not to allow them any surprises as they substantiate a policy amount and deliver a quote to those consumers who live their lives in America’s skies. Instead, be up-front about either a career or hobby as a pilot from the first phase of the application. Those insurance agencies receptive to such a career will allow the quote process to continue, while the others will stop the process at that point and deny coverage.

It’s also important to provide information about a pilot career or hobby at the beginning of a quote because most insurance companies will be able to tailor the rest of the process specifically to that profession. Those term life insurance providers that accommodate pilots actually employ a special team of professionals dedicated to assessing the risk of flying a plane ether commercially or as a recreational hobby. They’ll be able to get the lowest, and fairest, policy amount if a pilot provides this information before the rest of the process proceeds.

While it’s true that a number of major American life insurance companies have made great strides in recent years, as far as pilots are concerned, that’s not a universal truth. Some companies still “penalize” pilots by either denying them coverage outright or forcing them to sign away their rights to a policy’s benefit if their death results due to a flying-related incident. Comparing 20 year or 30 year term insurance options using an online quote form is the best way to see which companies serve pilots and which ones have not yet modernized their liability offerings.

Of course, such online comparisons are also a great way to get an idea of the going rate for life insurance for pilots. Prices will probably vary a bit from company to company, and it’s worthwhile to do some comparison shopping in order to get the best deal on term life insurance coverage altogether.

Honesty and Careful Shopping are the Ways to a Great Policy

Being a pilot is generally an adventurous and rewarding career choice, but it often comes with a sacrifice when it comes to term life insurance. Shopping carefully, being up-front about the profession, and not settling for less than full coverage, are the keys to getting a great deal and a fair policy. Otherwise, pilots might find themselves gambling with their very lives and financial futures every time they take off.

Mozdex Insurance Advisors have helped thousands of families secure their futures with proper insurance planning since 1997.